So, let’s cut the chase today: what does it really takes to implement our vision, turning
manifestations into reality, radiating the boundless boundaries
I have been meaning to write about procrastination for a while, but… Well, I
procrastinated. The sister word “procrastination” itself comes from the Latin “pro”,
which means “forward”, and “crastinatus”, which means “till next day.”
Humans have the gift of rational thinking unlike animals but gets caught by instant
gratification monkey in our head, stuck in a loop “we should do something but resist
doing”. Aristotle used the word akrasia—or “weakness of will” —to describe this state
of acting against one’s better judgment. The term was later used several times in the
Bible and described as a “sin of the mind.”
It’s a universal challenge, which bears the question: what is it about the human mind
that drives us to put off tasks are actually quite important to us?

Psychologist’s says, It’s the result of a constant battle in our brain between the limbic system
and the prefrontal cortex.
The limbic system, also called the paleomammalian brain, is the most dominant portions of
the brain. Its processes are mostly automatic. The prefrontal cortex is newer, less developed,
and as a result somewhat weaker portion of the brain. Because the limbic system is much
stronger, it very often wins the battle, we give our brain what feels good now.
After spending a lot of time on coaching hundreds of people, and working through my own
personal issues, I have intervened observations on my podcasts ROCAST, the reasons that
create the space between thoughts and making it happen.

Determine where your time goes. Planning is the most crucial part of making a step to
make a difference in your today for the better tomorrow. I always remind myself of the
clock ticking, asserting the fact of limited time.
Break into chunks & take small incremental steps There is great wisdom in starting small
and growing big over time likewise there is great wisdom in starting your journey to
success one step at a time. The key to growth and progress is to do a bit more each new
day than you did the previous day and make small improvements as you move along.
Little steps taken over time have the potential to make a difference.

The small steps and actions add up over time incrementally.

Suffer a little to gain momentum

Do the uncomfortable things. Another condition of the comfort zone is when you get
trapped inside it for fear of trying something new and different; being viewed as less
competent compared to your current status. Learn to be extra disciplined and manage
time effectively. It all starts when you draw boundaries for extraneous activities.
It’s not just a single moment that defines the accomplishments, but rather the entire
journey, a cycle of hard work, obstacles and challenges to overcome which stimulate the
mind and the body, awaken passion, and call upon every ounce of grit and
determination.
✓ It’s your life take the responsibility and authority.
✓ change your days
✓ ACKNOWLEDGE & TICK OFF YOUR WINS EVERYDAY
✓ REMOVES SELF DOUBTS
✓ BRAIN RELEASES A SHOT OF SEROTONIN, A SATISFYING
FEELING OF ACCOMPLISHMENT
✓ SMALL WINS MOTIVATES & CHANNELISE YOU TO WORK
BETTER, A BOOSTER
✓ SLOW & STEADY WINS THE RACE.

Don’t be harsh on yourself. Routine is great but failing to keep it up for a day or week is
not the end. Losing momentum doesn’t means failure, simply a break for a head start.
The reward is a greater sense of self – confidence, learning, respect, awareness and
strength.

Clouded by the noise, the noise of expectations

Perfectionism, social comparison, and the expectation gap can be considered as the
three of the biggest causes of the hindrance between implementation of plans.
From my past experience in networking, I’ve encountered many people who chase
perfectionism, avoid risks and experience excessive worry. These aspects of
perfectionism hinder you from becoming the optimal version of yourself. In
moderation, it’s reasonable to have any of the three in your life, but it’s that engaging
in too much any of any of these can be negative and have unfortunate consequences,
which is where you start to run into problems.
In my opinion, expectations are nothing more than guesses. Sometimes they’re more
like a hypothesis, but they’re still far from guarantees.

Many people ask me “Rohan what keeps you going? How do you keep yourself
consistent throughout the process? “my only answer is:
It’s highly unlikely we’ll achieve great things if we’re not consistently making smart
decisions and taking the right actions.
Why do we struggle with consistency?
There are several things that can cause us to struggle with consistency. These can
include:
• Lack of patience.
• Desire for instant gratification.
• Lack of clarity and focus.
• Not having supporting habits or triggers.

• Having a “all or nothing” mindset.

When something doesn’t work, I look back at what happened and ask some serious
questions. Did we shift gears too quickly? Did part of the team not deliver on a
commitment? Or was the expected outcome off base from the start? Most of the time,
the reason tracks back to lack of consistency.
Don’t be resistant to being consistent.
Consistency is about building small empowering habits and rituals that you partake in
every single day that keep you focused on your highest priorities and goals. There is
just one ingredient that goes into success that is more important than anything else.
And that ingredient comes in the form of consistency.
The choice is, of course, yours to make. So what will you choose to focus
on today?

Brush up against it.
Poke a hole in it.
Run through it. Take a giant leap.
Wherever you are and however you get there, thrive. 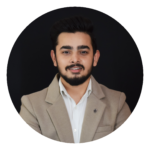 I always believe in learning new things and sharing it to the astounding individuals. At whatever point I get the opportunity, I put aside a couple of moments to share my viewpoints and information here on the my blog.